It’s funny how some foods or “super foods” have the tendency to become so trendy in the world of wellness. Some examples of late include quinoa, kale, avocados, and chia. In the realm of nutrition and dietetics we often call foods like these, functional foods, as consuming foods similar to these on a regular basis has shown some evidence of positive health benefits. Chia seeds are tiny little brown seeds that can usually be found in the baked goods aisle of the store. They have little flavor, so it is easy to incorporate them into a variety of recipes. If you soak a couple of tablespoons of them in some milk or non-dairy alternative of your choice overnight, you’ll wake up to find they have formed a thick gel, similar in consistency and texture to tapioca pudding. 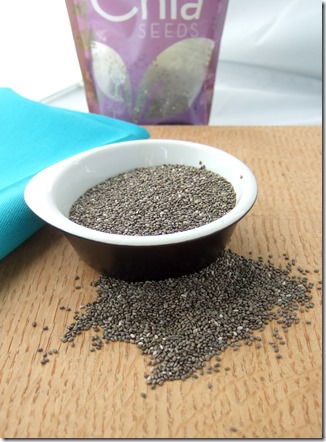 Chia has had an interesting history, as it was initially used in the US as a fun, non-food growth medium for the “hair” on chia pets. These days, chia is sprinkled into smoothies, cereals, and salads or added to baked goods! It’s rise in popularity is not without good reason! Chia seeds are packed with lots of good for you nutrients, however, some of the claims attached to them such as helping control blood sugar or preventing heart disease may be a little premature. After doing a little research, I found one great paper that reviewed all the research of late on chia seeds. So far, studies involving chia have been positive for the most part. However, with such small sample sizes, it is too early to jump to many conclusions. Here’s a quick recap: (Source)

Even though we don’t quite have solid research yet to prove that chia has significant positive effects on chronic disease,we have been seeing positive results so far. Since they are so high in numerous nutrients, which we know have many health benefits, I think they are a great food to incorporate into your diet. One thing I love about chia is the high amount of Omega 3 fatty acids, which can be difficult to get enough from day to day. 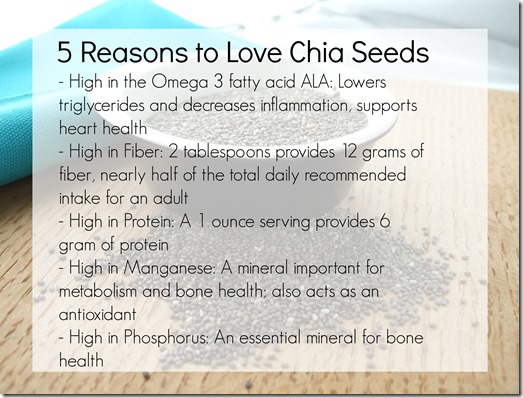 To get you started, take a look at some of these tasty chia seed recipes.

Have you tried chia seeds? What is your favorite way to eat them?