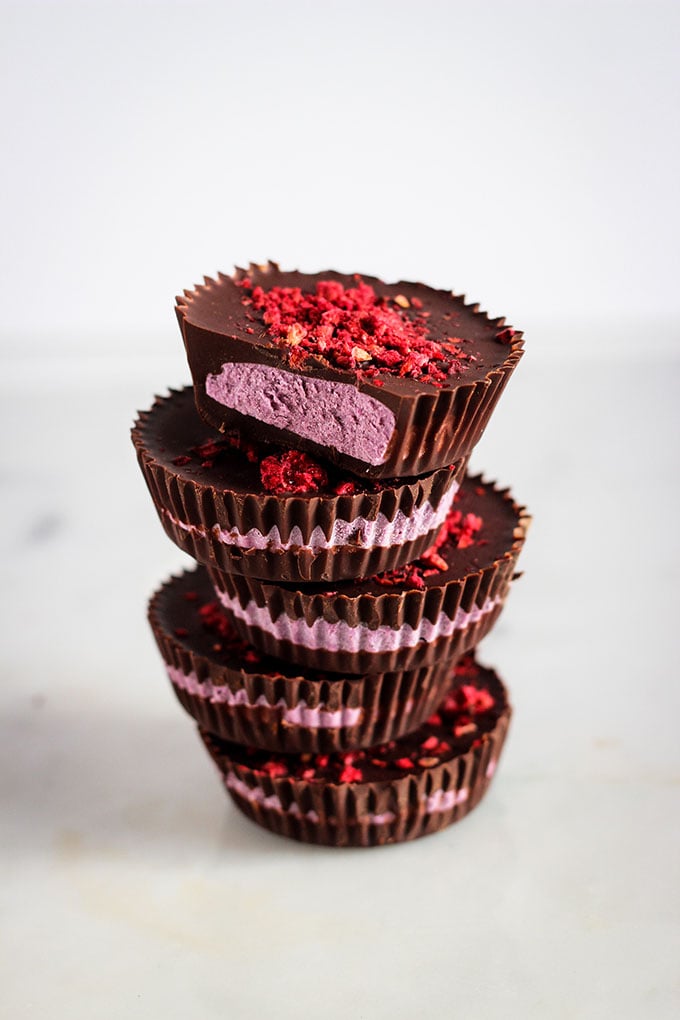 These dark chocolate berry cashew cream cups are the best after dinner treat! The stash I had in the freezer after testing this recipe disappeared all too quickly… When it comes to desserts these days, I don’t want them to be overwhelmingly sweet anymore. I have developed a bit of an obsession with really good dark chocolate, which is definitely more on the bitter than sweet side. In fact, the first version of this recipe I tested was waaaaaay too sweet! I wanted to put some jam in the cups originally but it was just too much since I had already sweetened the cashew cream too. For the second time around I pureed berries into the cream rather than add a jam. This was definitely the best way to go! If you do prefer a dessert with a bit more sweetness, simply adjust the about of maple syrup you add to the cashew cream. 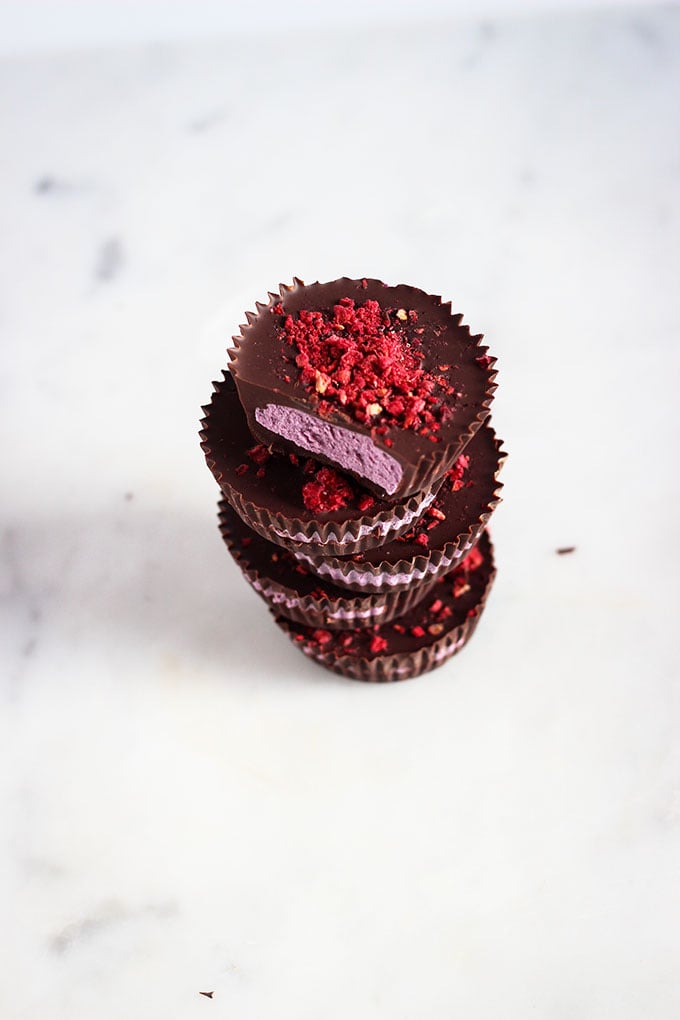 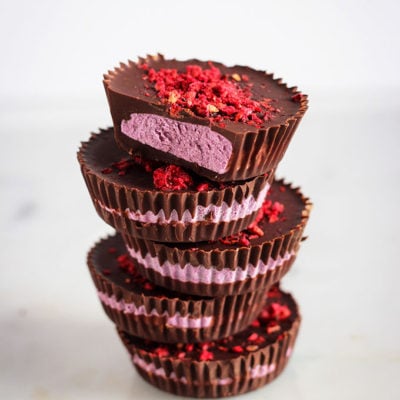