Pssst! This post isn’t sponsored by any of the brands mentioned below and I haven’t been paid by any of them in the past for any campaigns. I just thought it would be fun to create a guide for some of the best frozen store-bought veggie burgers. 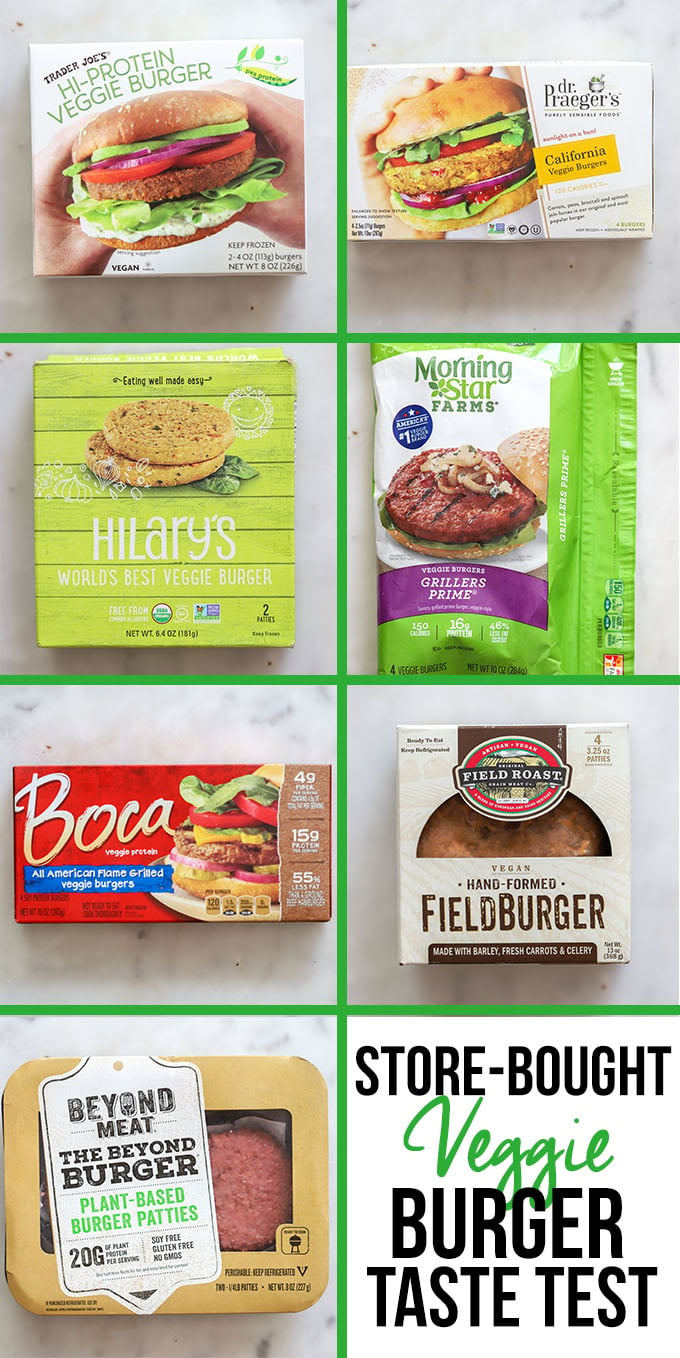 Summer is officially here! With the 4th of July holiday coming up fast on Wednesday, I thought it would be fun to do a roundup of some of the more popular frozen veggie burgers you may find in the store. Although homemade veggie burgers are by far the tastiest, sometimes it’s just more convenient to pick up some frozen ones. However, not all frozen veggie burgers are created equal! I can probably speak for many fellow vegan/vegetarians who have gone to cookouts in the summer to be stuck with another so-so grilled veggie burger. So, Will and I grilled up a bunch of different ones and did a taste test to rank the best of the best! (I recruited Will for the grilling and for his perspective as a meat-eater.) 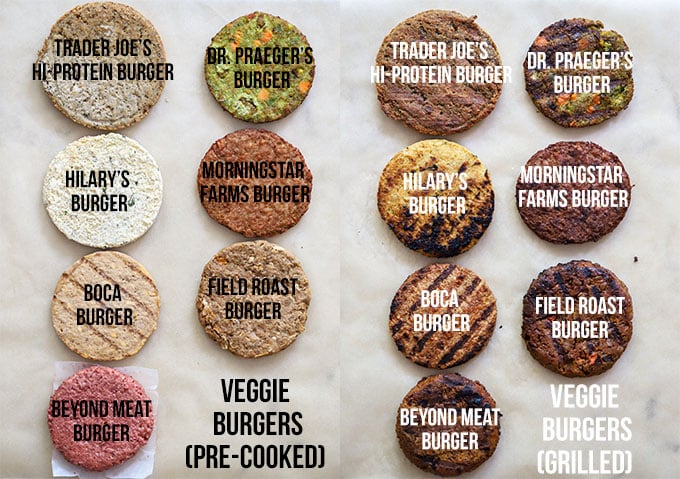 As you can see above, the brands we included in this taste test were: Trader Joe’s Hi-Protein burger, Dr. Praeger’s California Veggie burger, Hilary’s World’s Best Veggie Burger, Morningstar Farms Grillers’ Prime burger, Boca’s All American Flame Grilled Veggie burger, Field Roast’s Fieldburger, and the Beyond Meat’s Beyond Burger. Of course, there are others out there but these seemed to be the easiest to find at our local stores. (Give a shout out in the comments below if you have a favorite one that isn’t included!) When looking for a good veggie burger option, I want one that has as close to 21 grams of protein as possible (the equivalent of a 3 oz beef burger). It gets bonus points in my book if it also has some fiber, but it isn’t a requirement as long as the protein is there.  I also like a simple ingredient list without processed soy or other additives. Here’s a ranking of our favorites from Best (#1) to Worst (#6) based on flavor. 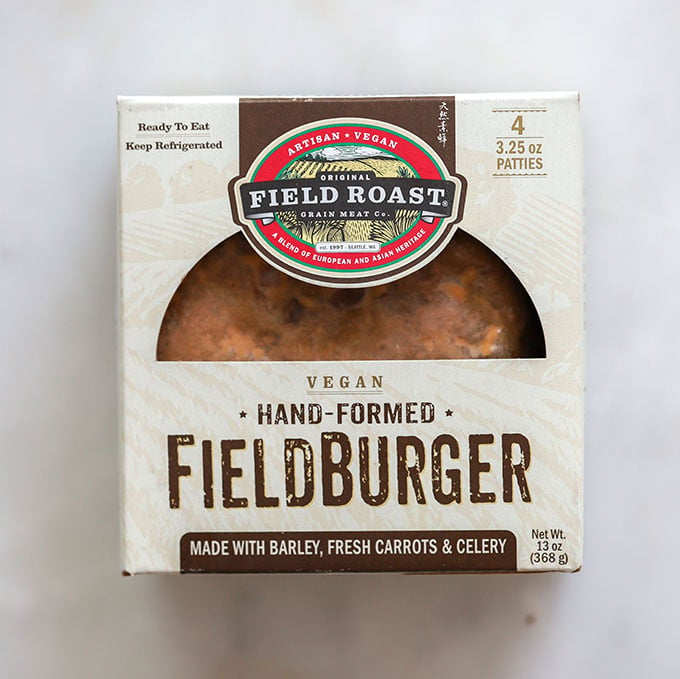 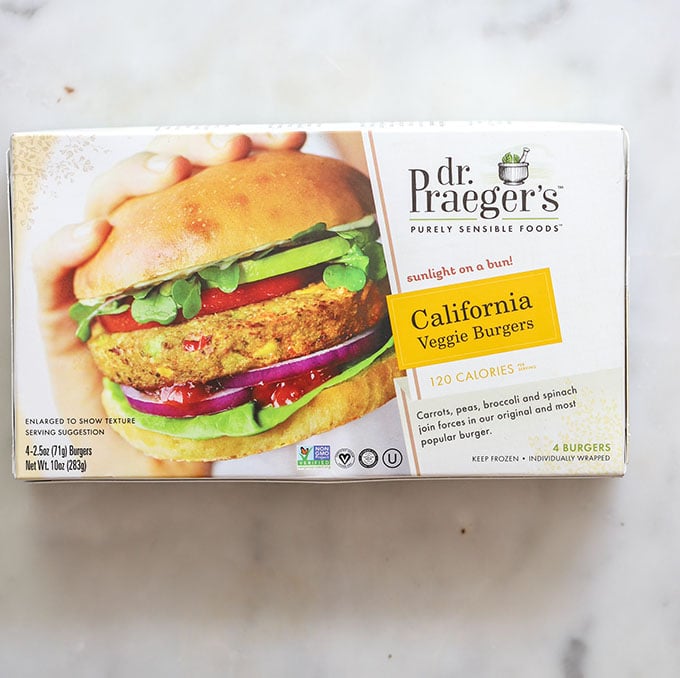 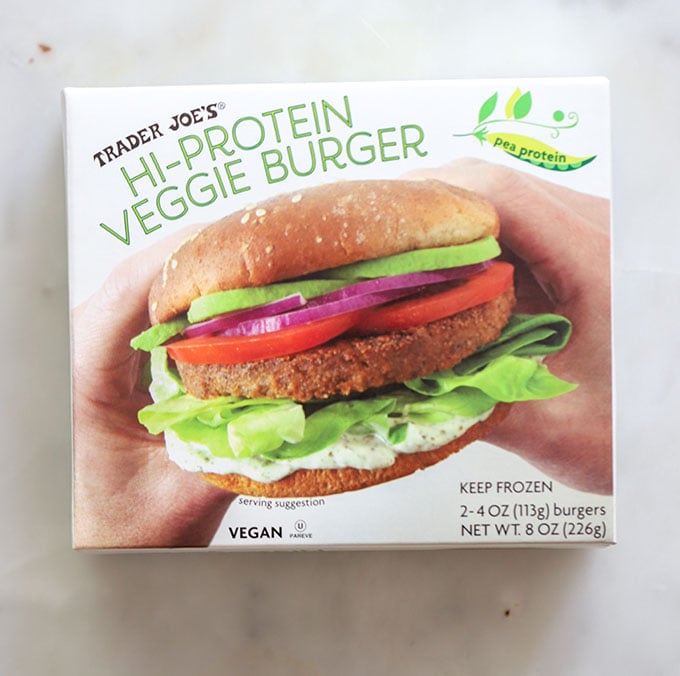 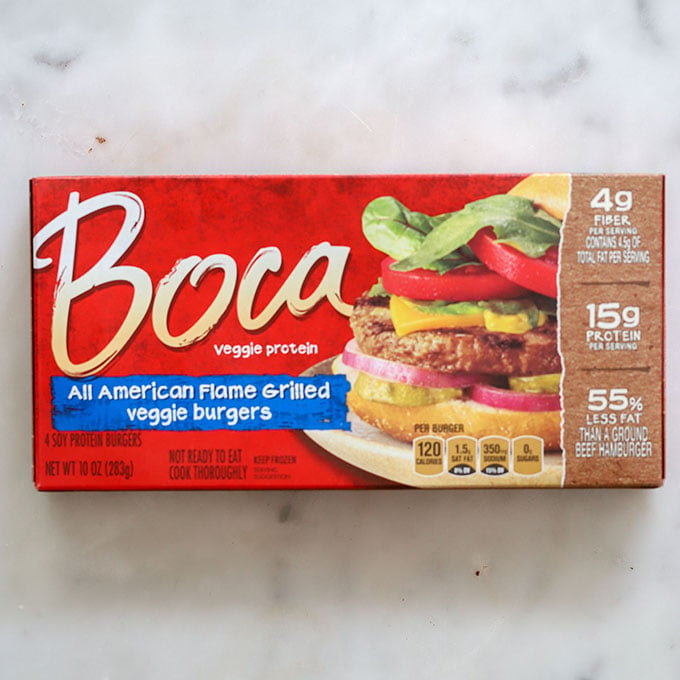 Let me know what you think! What are your favorite veggie burger brands?