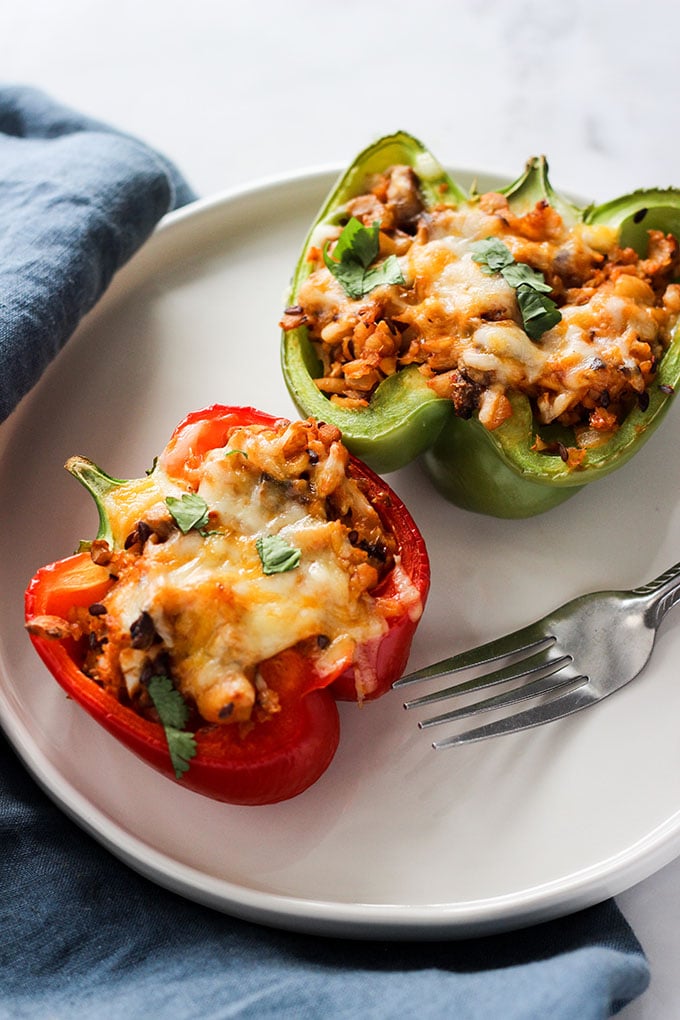 this …
Stuffed peppers bring back fond memories of my wedding road trip in October. When Will and I stayed with some of my college friends in Columbus, we made stuffed peppers for them. It was fun to take over their kitchen for a night rather than going out to eat. We hadn’t had stuffed peppers again since then until Will made them a couple weeks ago. They were so good! I tweaked the recipe a bit more until I thought it was “blog worthy” as Will likes to say. Lol. These spicy tempeh stuffed peppers are truly vegetarian comfort food at its best! 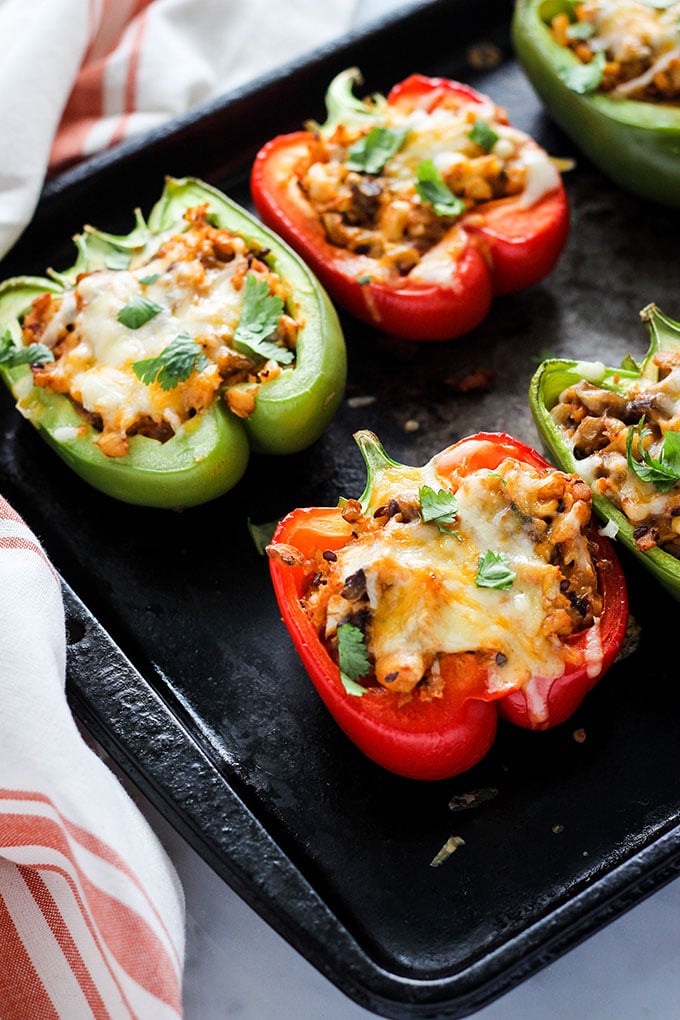 To keep these low-carb friendly for Will, I used cauliflower instead of rice which also increases the fiber. I also love that these are almost a one pan meal as the filling is all cooked together in a large skillet and then baked off inside the peppers. It makes enough filling to stuff 4-5 peppers (depending on their size) so we always have lots leftover for packing for lunch at work. We had slightly smaller bell peppers, so we were able to eat 2 stuffed halves as a serving.

Since I cook with canned chipotles often, I have found that their spice level tends to vary from can to can. Depending on your spice tolerance, you may want to start with just a tablespoon of chipotle and go up to 1/4 cup per your preference. Instead of spooning the sauce out of the can, I usually just puree the whole can of chipotle peppers and sauce together until smooth and use it in recipes. 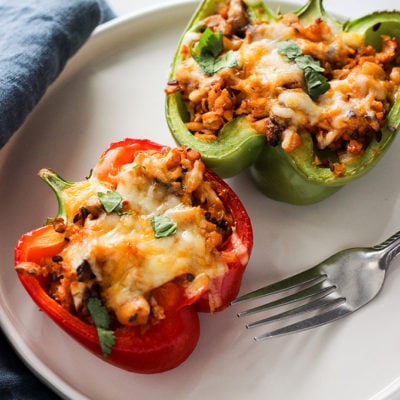 Instead of spooning the sauce out of the can, I usually just puree the whole can of chipotle peppers and sauce together until smooth and use it in recipes.